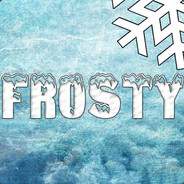 By Frosty, October 5, 2016 in Feed Back And sugestions