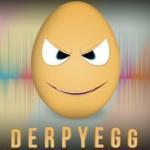 By DerpyEgg, March 3, 2017 in Archieved Accepted Jobs And Admin Applications